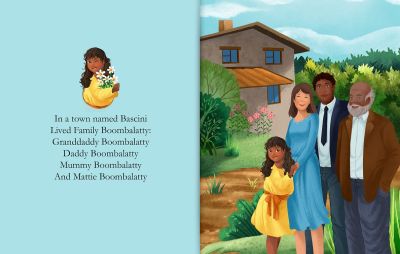 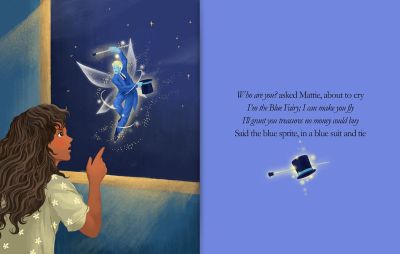 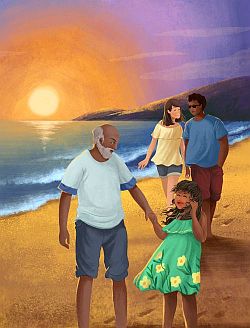 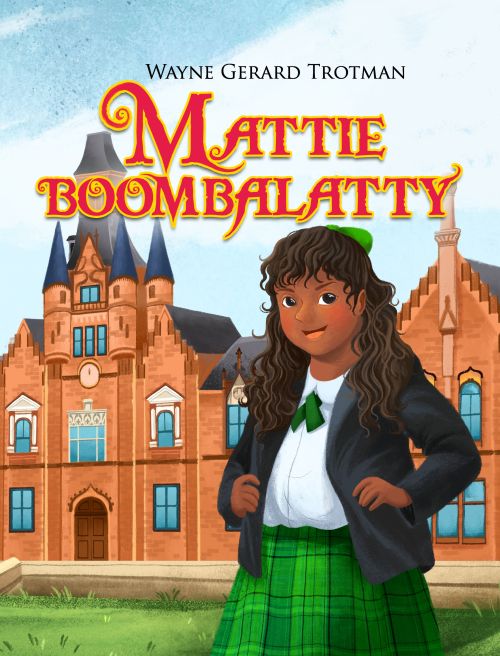 Daddy Boombalatty lost his job in the country
So, Family Boombalatty had to move to the city
Off to a new school went Mattie Boombalatty
But making friends was not very easy

When Mattie is bullied by rich girls at her new school, an unexpected
visitor comes to her rescue. Join Mattie as she deals with the girls’
cruelty without becoming cruel herself.

Learn how she rejects riches, beauty, and revenge in favour of fairness
and genuine friendship in this beautifully illustrated rhyming
fairy tale for ages 4+.

“Bullying is a horrible thing. It sticks with you forever. It poisons you. But only if you let it.” 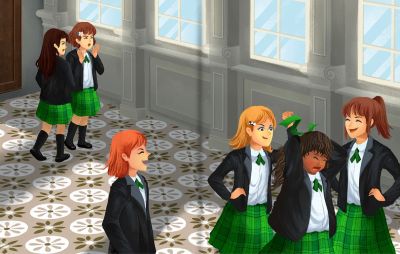 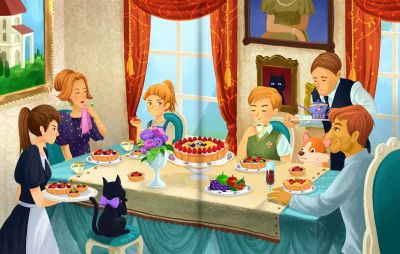 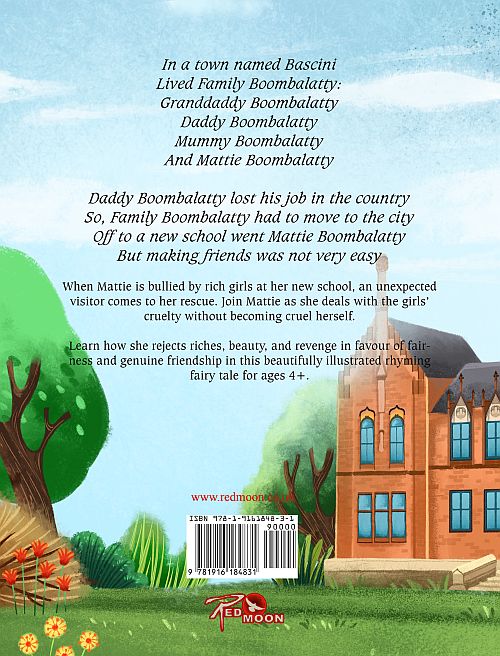